Set in a middle Eastern styled dedicated studio, you’ll find very chatty dealers delivering a super game of Roulette. If only I could speak Arabic!

These are a few of the native language roulette tables currently found at Evolutions Studios in Malta.

Arabic Roulette is different though

This is the first such table to be given this special treatment and it certainly makes a difference to the playing experience.

I love the decor it’s almost Aladdin like in its appearance. The female dealer in my video reminded me of Jasmine, I wonder if that was on purpose? 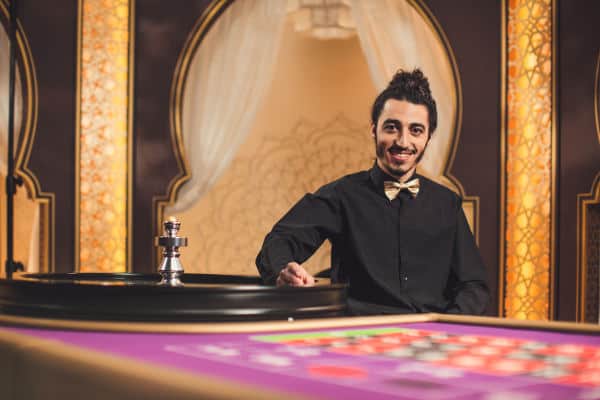 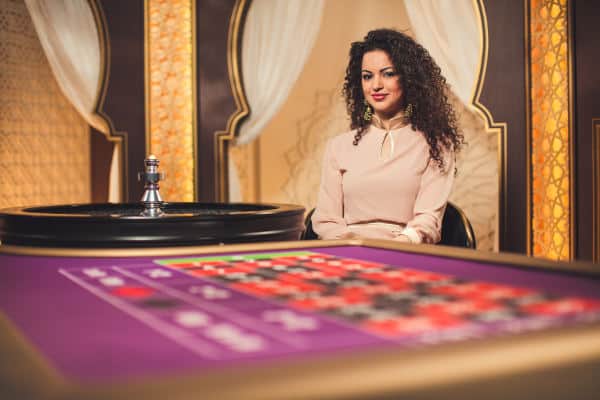 The game has been launched on Desktop, Mobile and Tablet, so there are no excuses about where you can play.

Evolution Arabic Roulette is the standard European version of the game played with a single Zero.

The standard roulette playing interface is used throughout.

If you’re playing the same bet each game round make sure you use the Auto bet facility.  You’ll see in the video I didn’t and lost out when I forgot to place my bet!

Where to play Evolution Arabic Roulette

While it is illegal and forbidden in some Arabic Countries to gamble, Arabic Roulette is not illegal if you’re playing from elsewhere.

There certainly must the demand if Evolution has spent money on a new playing area and recruiting a number of Arabic speaking dealers.

Many of Evolution’s top online casinos have already added Arabic Roulette to their games portfolio.

If you fancy giving it a try I’d suggest playing at MrGreen which offers a minimum of 0.20 a spin.