If you love playing Roulette then Leo Vegas is the place to be playing during January as they have a truly great Live Draw promotion, the Leo Vegas Red or Black promotion.

The promotion runs in 3 stages:

To qualify all you have to do is play at any of the live Roulette tables at Leo Vegas.

For every cumulative £10 you stake you’ll be given 1 point. If you play on the dedicated Leo Vegas table every £10 will get you 2 points.

The 36 players with the highest points total each week will win either £200 or £400 depending on their position on the leader board.

Each numbered position corresponds to a colour on the roulette wheel, Red or Black. If your place is Black you’ll win £200 and if it’s Red you’ll win £400.

The weekly leader boards run between: 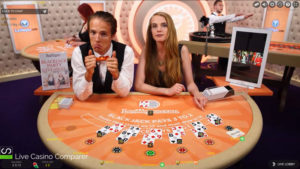 The Live Draw will be held on 23rd January at 5pm at the Leo Vegas Blackjack Party Table.

The top one hundred and eight (108) players (36 from each weekly leaderboard) will automatically qualify for the live draw.

For each day the qualified players played through £10 or more on any Live Roulette table they will have a ticket in the live draw.

Ten tickets, 5 Red and 5 Black will be drawn from a hat.

The first 8 tickets will win an iPhone 7.

The last two Red and Black tickets will win an iPhone 7 and entry into the Final Draw which will be held on the 24th January at 5pm at the Leo Vegas live roulette table. 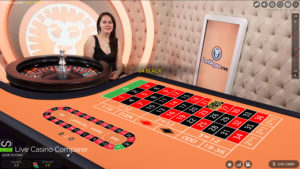 The final draw will be held on the 24th January at 5pm.

The two Red and Black winners will face a spin off. Whatever colour the ball lands on will mean that person and a friend will win the grand prize of: