Evolution Gaming has released it’s first quarter results for 2019 which shows a strong start to the year.

We’re expecting a lot from Evolution during 2019 following the new game announcements at the beginning of the year.

The first big name game, Monopoly Live Dream Catcher has been operational for about a month. From what I’ve seen it’s already a huge success.

Events during the first quarter of 2019 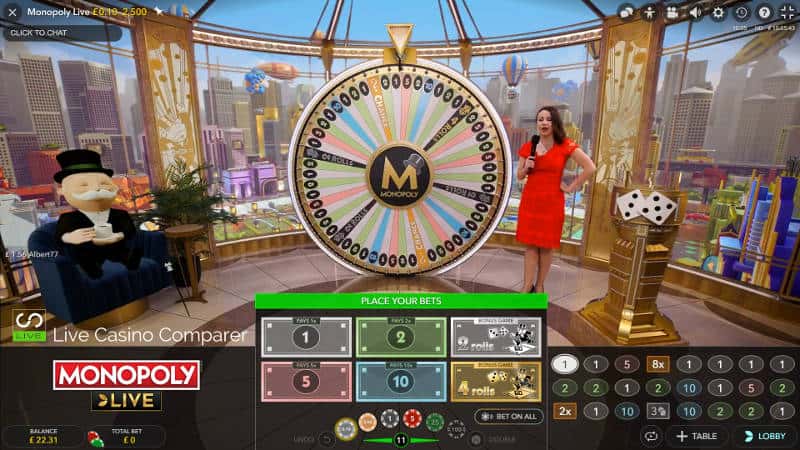 Evolution has been off to a strong start in 2019, both in terms of growth and profitability.

With a favourable start to the year and with high confidence in the upcoming product launches, we currently see good conditions to finish in the upper end of the previously communicated range of 44-46 percent EBITDA margin for the 2019 full year.

An important explanation to the development is that we now can leverage from the investments made in 2018.

Throughout last year, we expanded studio space as well as customer environments and the number of tables in line with the increasing demand from our customers, and we can now see how all of this pays off.

It is our assessment that Live Casino as a product vertical will continue to take market shares in 2019 and why we consequently will continue to invest based on our customers’ demands in our studios also going forward.

A demand driver is the fact that we are broadening the Live vertical with new products that appeal to completely new end users. In that way we can address a considerably larger part of the total online casino market.

As highlighted already in the year-end report, we showcased 10 new games at ICE in London in February.

This equals not only a record-amount of game launches in one single year, but also the addition of entirely new game categories.

It is important to note that the new games haven’t had any extensive effect on the quarterly growth, as the roll-out has just begun – it will take time before all the games are available for the end users, and it will then take time for end users to discover the games.

However, already now we can establish that one of the main attractions – MONOPOLY Live – has been off to a historically strong start both in terms of player counts and gaming revenues.

We are immensely proud of this launch, which we believe redefines the essence of Live Casino entertainment.

The unique mix of Live Casino and RNG with augmented reality technology provides something completely new in the market.

On a similar theme, we will soon launch our unique live game show Deal or No Deal Live. Both these titles prove how we to a larger extent are focusing on more entertainment for the player, and we are well under way to create a whole new product vertical in our game lobby that we refer to as Game Shows.

Through this, we expand to a much broader group of end users and consolidate Evolution’s position as the leading innovator in the gaming industry.

That we have been given the opportunity to work with world-famous brands such as MONOPOLY and Deal or No Deal provides even more power in our efforts.

Besides developing brand-new game types, we also continue to innovate our core – the classic table games.

This year we look forward to the launches of Free Bet Blackjack, which is the most popular variety of Blackjack at land-based casinos, and our new poker game Side Bet City.

We will also expand into dice games with Lightning Dice, building on the success of Lightning Roulette, as well as our take on Sic Bo – Live Super Sic Bo.

This means that while we, through the above-mentioned game shows, can reach new end users, we also strengthen our leading offering that appeals to traditional Live players.

The market development in the quarter has been good, not least underpinned by increasing regulation.

During the quarter, we went live with customers such as DraftKings in the US, Lotoquebec in Canada, and Svenska Spel and ATG in Sweden.

We can establish that the share of Live Casino increases among the operators in more or less every newly regulated or re-regulated market.

With hard and focused work and high energy throughout 2018 and in the first quarter of 2019, we have taken our product portfolio to a whole new level, broadened our own market and created a new market for the industry, which in our perspective makes the gap between ourselves and the competitors wider than ever.

Our launch pipeline has never been as strong as it is now. Hence, it is my absolute opinion that we have solid opportunities to further extend the distance to the competitors and strengthen our leading position during the remainder of the year.